Decorating your home with Original German Christmas Decorations will create a wonderful holiday ambience. The German culture is steeped in tradition, in fact decorations are playing an important role. At Craft Shop we offer Original handmade items imported from the German Erzgebirge.
The Ore Mountains – known for its idyllic landscape, centuries-old traditions and above all for unique art that is at home here: Ore Mountain wood art. Incense smokers, Nutcrackers, Christmas pyramids, and of course Christmas candle arches are ambassadors of craftsmanship that is unique in many ways. Handcrafted in the heart of Germany, the figures reflect traditions and craftsmanship that have been handed down for centuries, and yet always reflect the signs of the times. So, the Erzgebirge art is a true “The art of living.”, which tells stories, brings joy, and therefore makes life a bit more worth living.

We are expanding our product line constantly. Please keep in mind that all items are handmade, therefore production times can be very long. In addition, shipping from Germany to Canada also takes a long time. So, please order early to get your special German Christmas Decoration on time before the season starts. If you did not find what you were looking for, please do not hesitate to contact us. We will always try to help.

The rich silver ore deposits not only gave the Ore Mountains their name but also provided an income for generations of miners, like the ancestors of the Ulbricht family. However, when the formerly prosperous mining industry began to dwindle, people living in the area had to find new sources of income. Many of them became woodcarvers and woodturners and entrepreneurs, eventually.

In 1928, Christian Ulbricht’s father founded the company „Otto Ulbricht’s workshop for fine wooden crafts and toys” in the small town Seiffen, in the heart of the Ore Mountains. His success was built on entrepreneurial skills and a remarkable inventiveness. At the height of his career, Otto Ulbricht was awarded at the World Exhibition in Paris with a gold medal for his children’s room clock designs, and a group of Kurrende singers (boys’ choir).

After World War II and the dispossession of the Communist government resulted in the end of the company in Seiffen, now in the Communist East, Otto Ulbricht and his family were forced to flee to West Germany. It was in the village of Lauingen on the Danube River in Bavaria, that he re-established his Company, and eventually handed over the management to his son Christian Ulbricht in 1968. After Germany was reunited in 1990, Christian Ulbricht bought back his father’s original company in Seiffen.

With a lot of passion and diligence the family and their team create traditional wooden art that brings joy to grown-ups and children alike. And in every single piece the spirit of Christmas is alive.

Real craftsmanship has become rare in our world filled with technology, making every single piece by Christian Ulbricht precious and unique.

When new patterns and pieces are designed it is not uncommon for the head of the company to make his hands-on contribution in the workshop. It takes years of practice and dedication to precision for our painters to learn their craft. To create the accurate single pieces, absolute focus is necessary. Every creation is polished by experienced hands to infuse it with our unmatched love of detail. 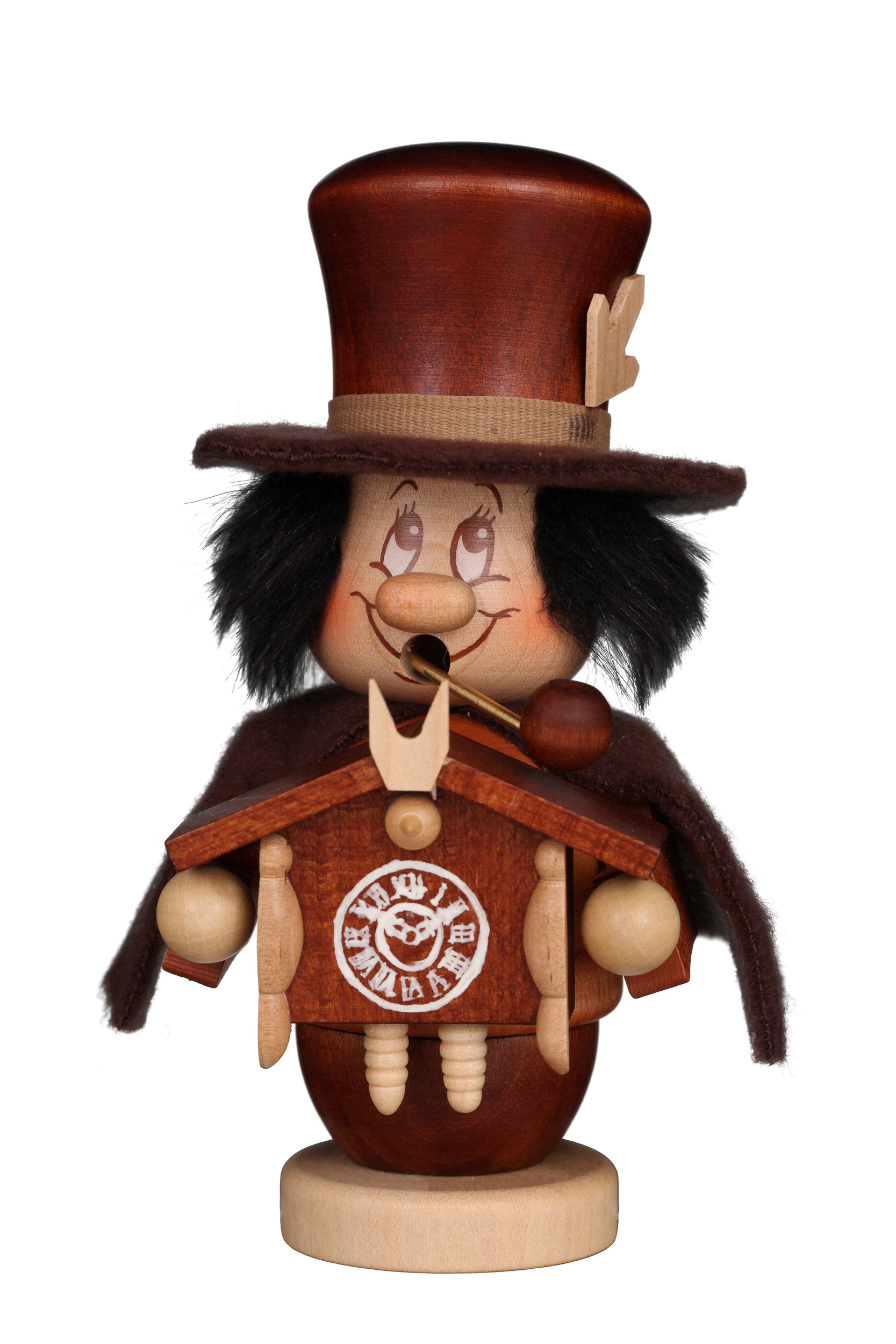 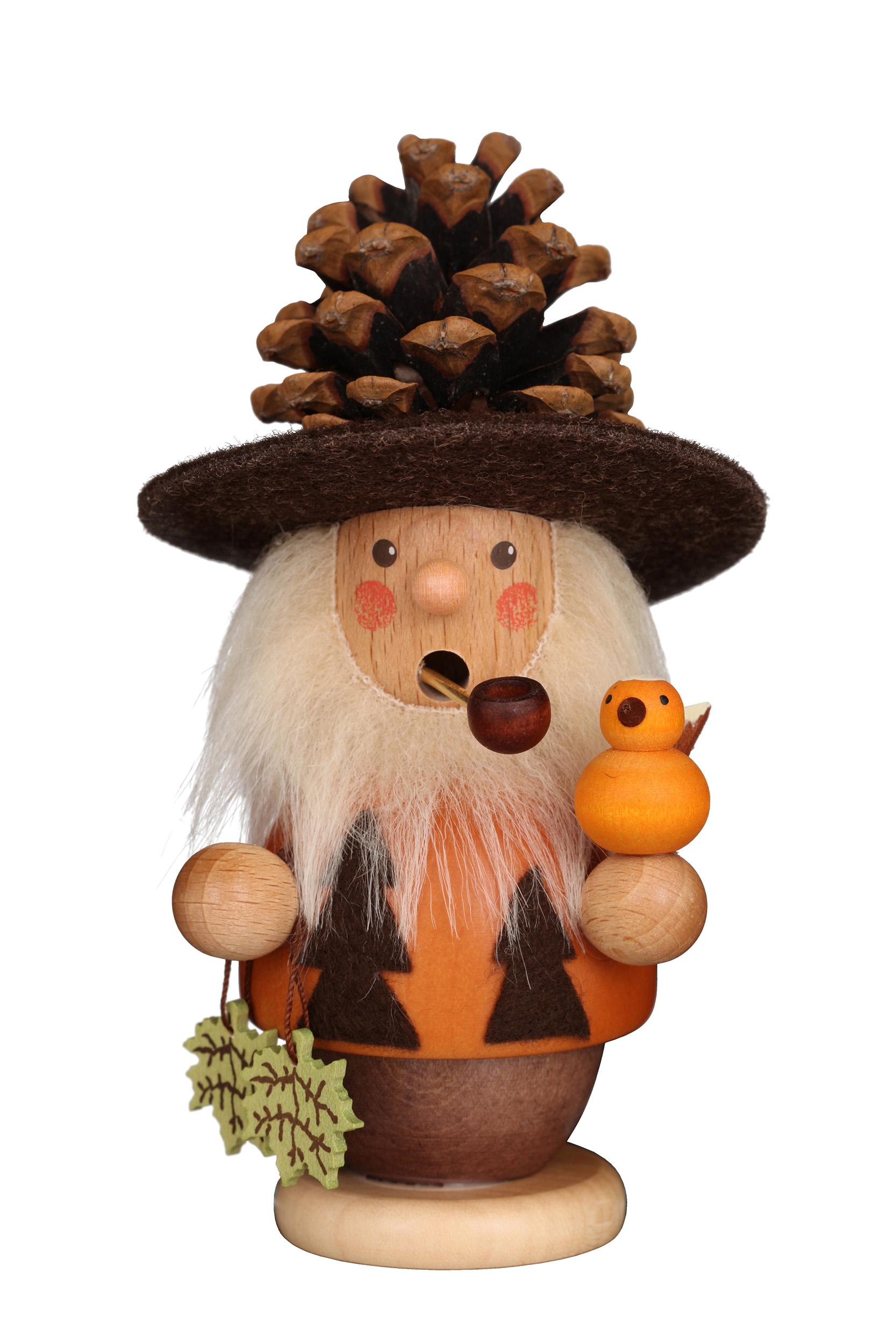 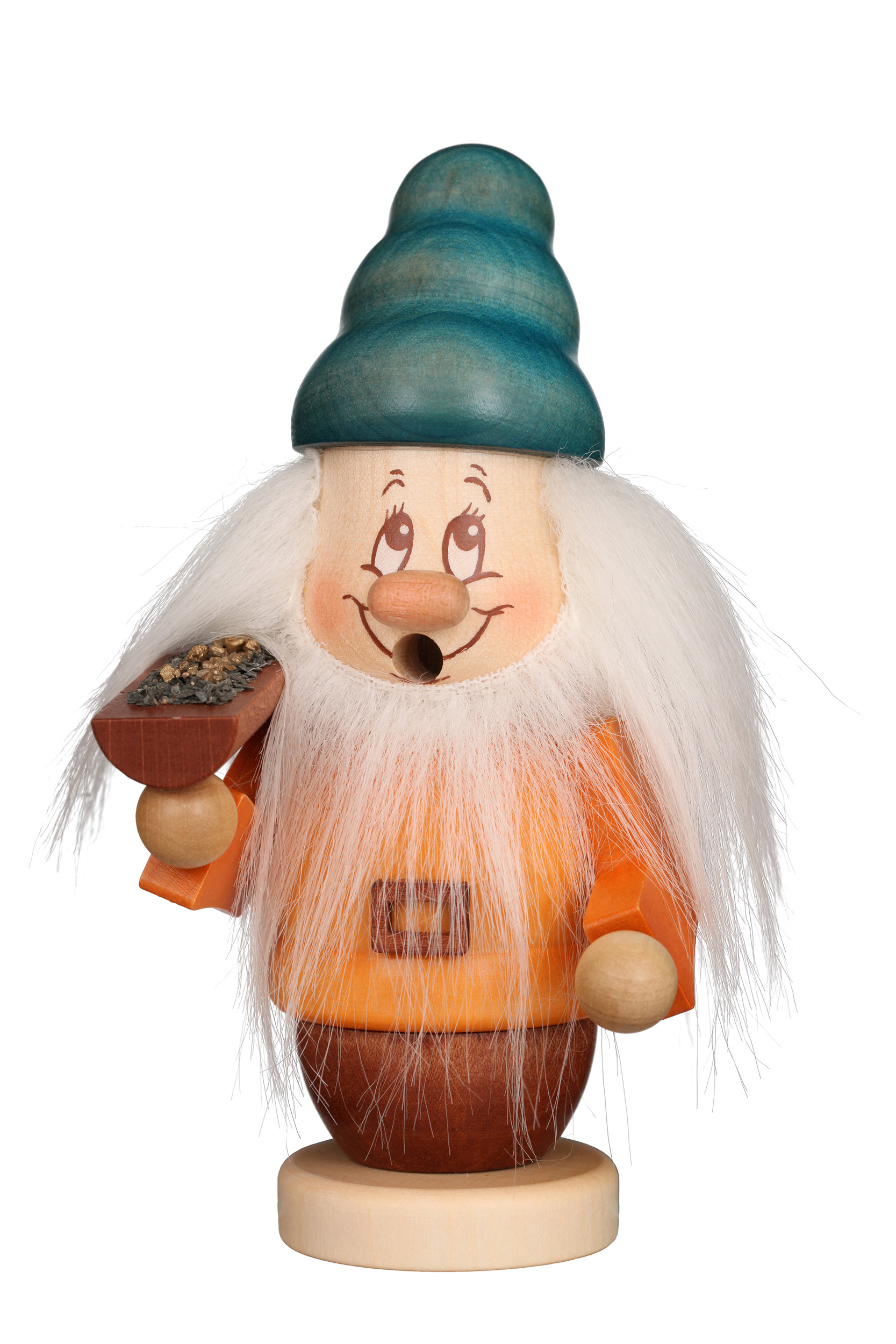 Charcoal, potato flour as a binder, sandalwood, red beech flour and a few other ingredients for easy flammability are used to create a mixture during the manufacture of the incense cones, to which the fragrance is then added. In addition to the “royal powder” frankincense, other substances from distant, exotic countries are also added to the mash, such as ambergris, lavender, mastic, or Peru balsam. The candles are then formed from this raw pulp, dried, and packaged.

Original Crottendorfer Incense Cones Christmas come in many scents, therefore they are great to use all year around.Our fragrances are the perfect companions for an atmospheric ambience, a festive occasion, or a cozy summer evening. 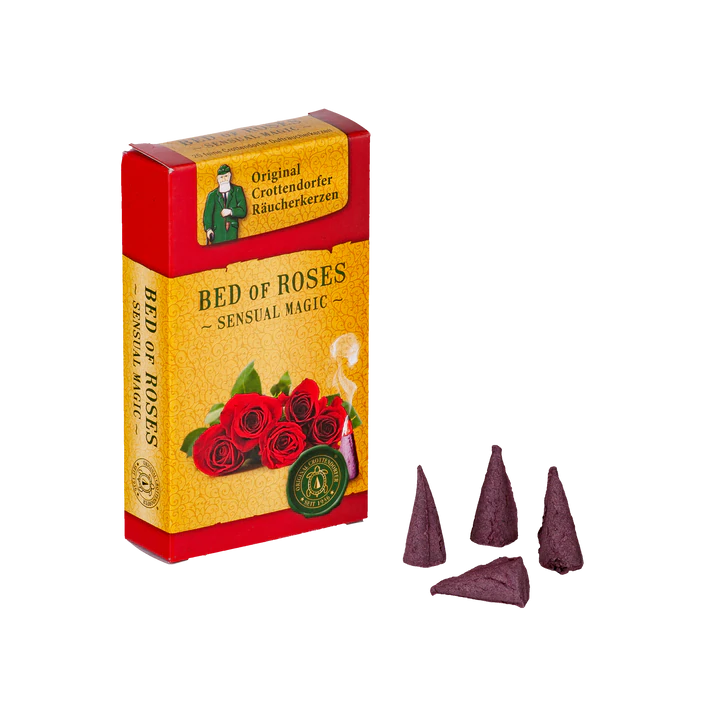 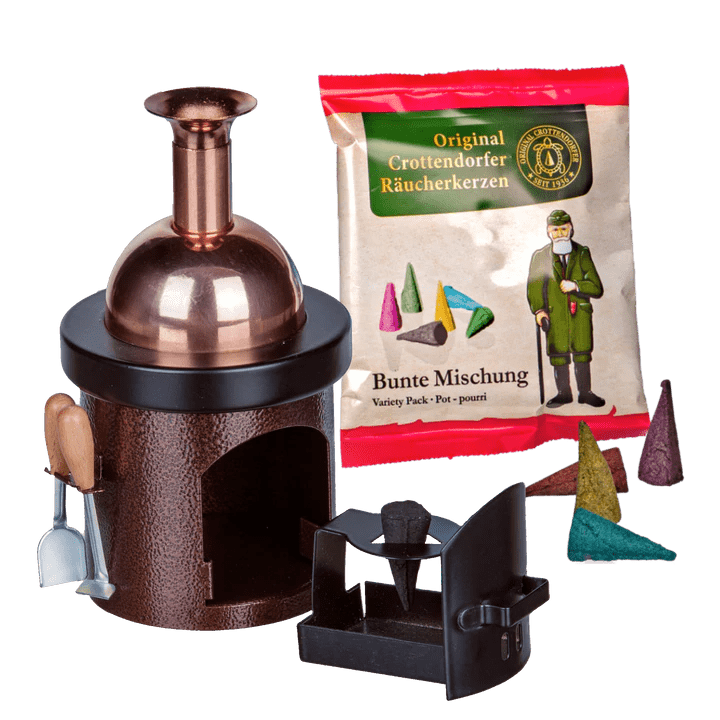 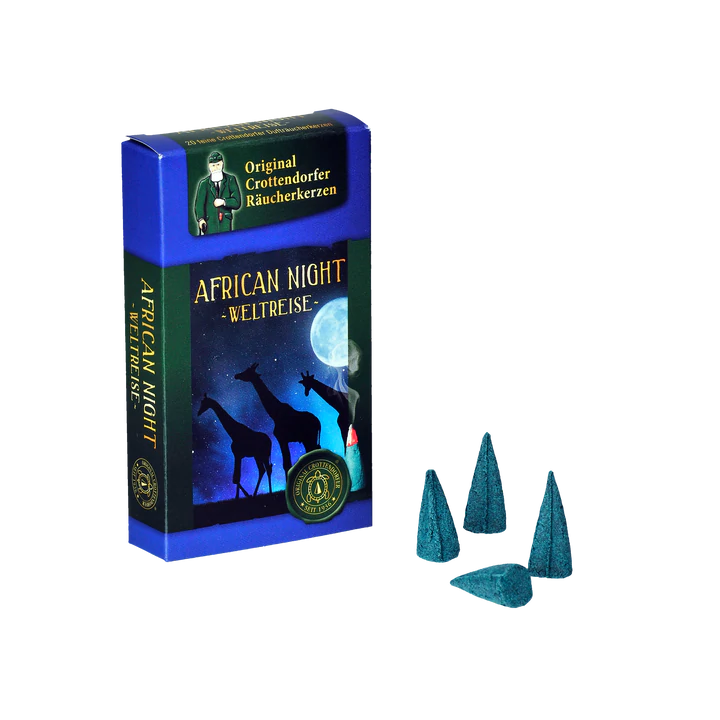 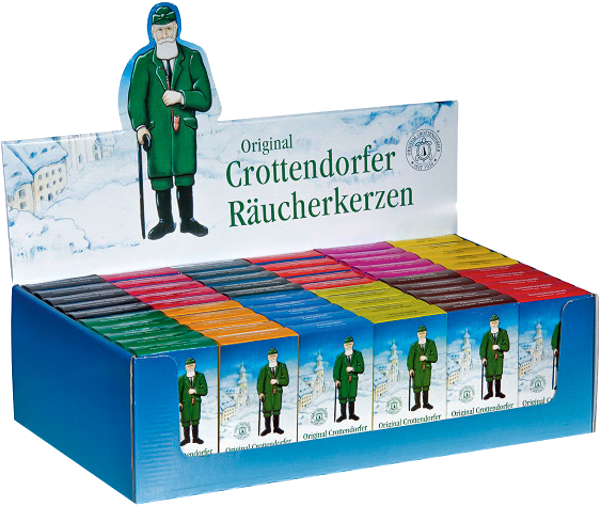 For many years, our family has been associated with the traditional art of woodturning and carving in the Ore Mountains. In 1990 we turned our hobby into a profession and founded our family business, which became a registered craft business in 1993. Just four years later, the old production facility had become too small. We moved to a new building and expanded the range of services.

Committed to tradition, we are inspired by our homeland, the beautiful Ore Mountains. This is how the idea of our gnomes came about, which is characterized by their special beard design made of natural fur. Therefore, each incense smoker is different and has a unique appearance.

We make our distinctive incense smokers from local woods such as pine, ash, and beech. By incorporating natural materials such as cones, branches, moss, berries and felt, we give our gnomes a traditional look. You can usually recognize the real Uhlig smoker gnomes by the special shape of their beards. We always try to preserve the natural structure of the wood, even using parts with a colored design.

We are also happy to fulfill your individual wishes. Take your time and experience a piece of unmistakable Erzgebirge tradition and craftsmanship. 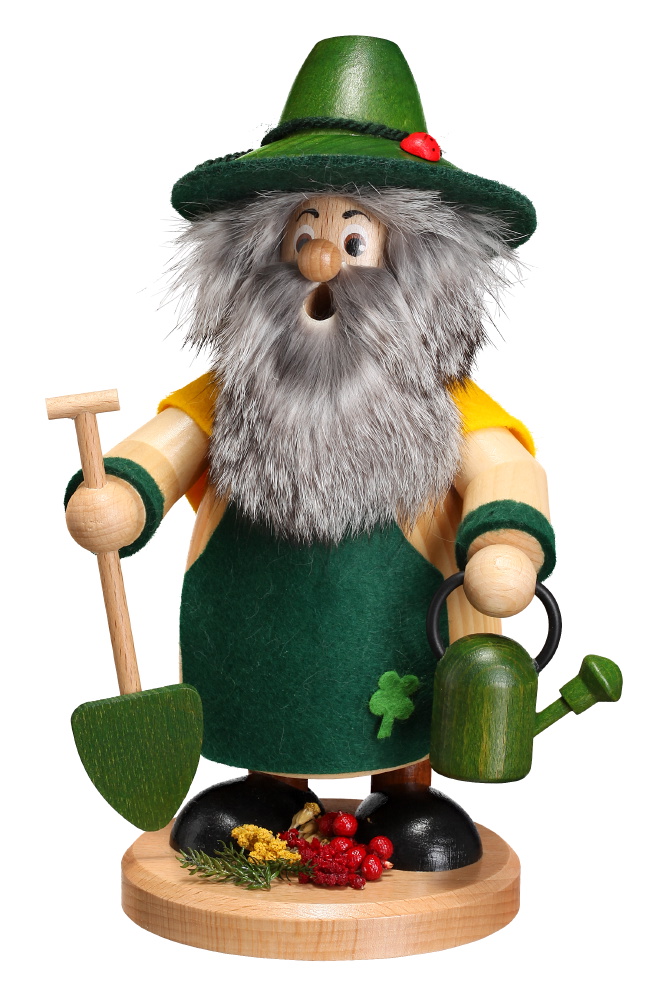 The origin of the Christmas stars

Originated over 160 years ago, the Herrnhuter Star is considered to be the inspiration and source of all handmade Christmas stars. At the start of the 19th century, the star made an appearance in the rooms of the boarding school of the Moravian Church, made of paper and cardboard. It was constructed by a mathematics instructor in class, and then served as a communication tool to improve geometric comprehension. Since then, the star has created its own history and traditions. Children have been crafting stars on the first Sunday in Advent, thus introducing this custom to their families and friends. Even today the Herrnhuter Star makes for a charming tradition. Learn more…

Herrnhuter Sterne Manufaktur has been creating Herrnhuter Stars the traditional way, by hand, since 1897. Our long-established company is sensitive to preserving this time-honoured tradition today, and truly embodies the term “manufacture.” Even today diligent hands are folding and pasting to create both small and large points to create the famous star. The focus of this company is on the unique craft and enables us to unite quality with handiwork in its purest form. Each star is meticulously crafted with patience and care. Therefore, every Herrnhuter Star is one of a kind! Owning one of these simple, colourful stars invites you into a group of people across the world that take this symbol of the Star of Bethlehem with them home and to their families. 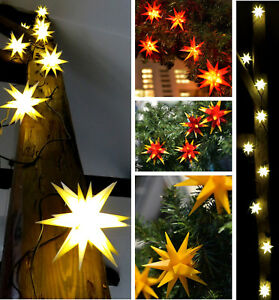 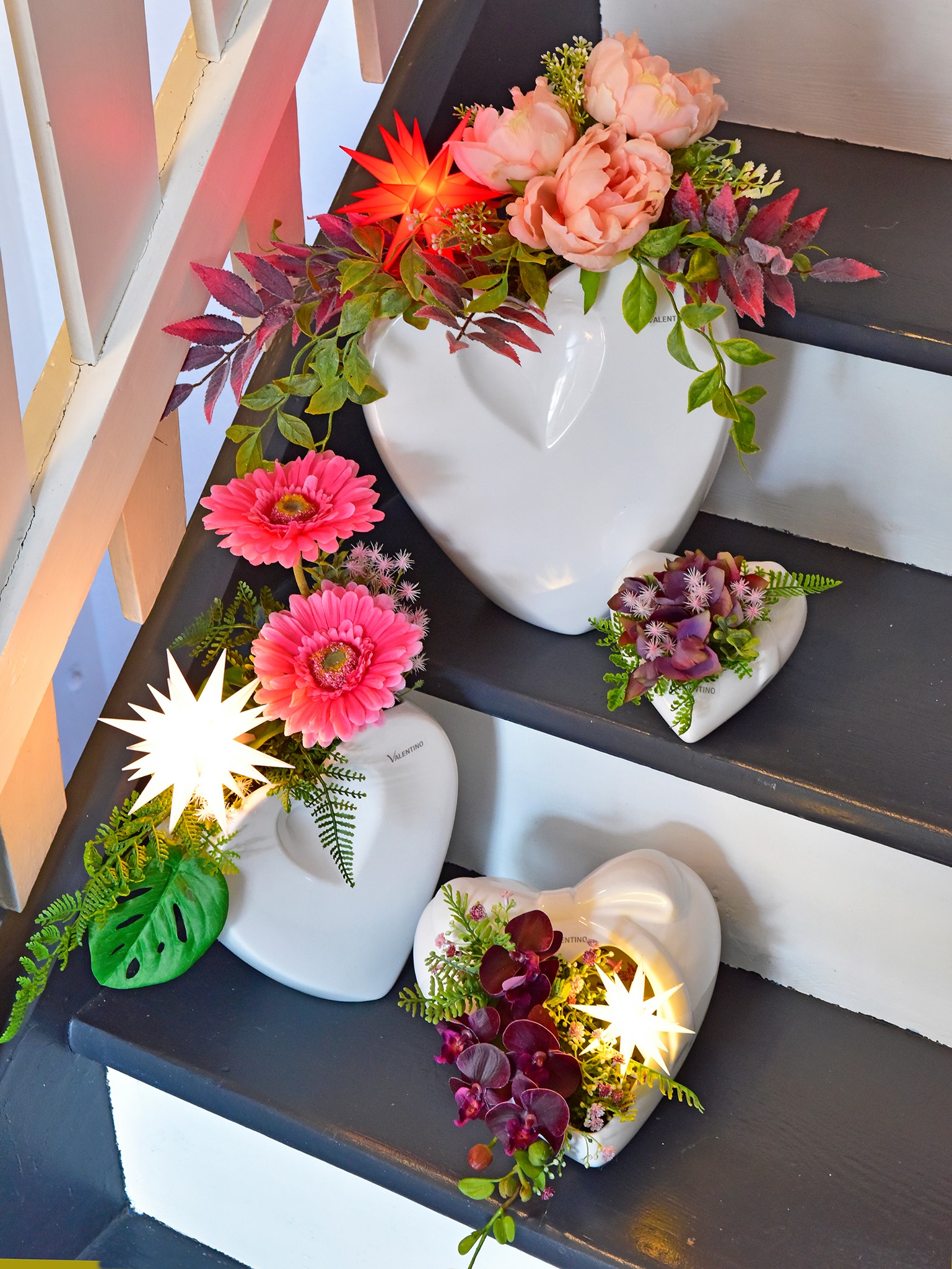 About my grandfather, Kurt Huß…

My grandfather, Kurt Huß, founded HUSS Incense Cone Production in Neudorf in the Ore Mountains, Saxony in 1929. It was an economically difficult time and in the winter of 1928/29 he began to earn a meagre extra income by producing incense cones from fine charcoal and natural resin. The cones, “Weihrichkarzle”, as they are still named today, were exclusively handmade.

.. about my father, Siegfried Huß…

With the demise of my grandfather, the 1950s-founded HUSS incense cone factory was closed in 1970. However, my father, Siegfried Huß continued the good tradition despite shortages and bottlenecks.

At the beginning of the 90s, in the spirit of my father and grandfather, I, Jürgen Huß, founded the HUSS incense cone company again. Nowadays, our “Neidorfer Weihrichkarzle“enjoy increasing popularity and are known in many places. Keeping strictly to the good tradition of producing fine incense cones out of natural materials, as a trained mechanical engineer, I am always trying to break new ground in this direction.

This, among other projects, brought about the production of HUSS No.1 which is incense cone material pressed into rod form. This results in totally new uses. Something that is especially appealing to the fragrance connoisseur. We have even returned to using traditional packaging from the “good old times” Artful and durable products are produced from various sheets of metal and good solid cardboard. Of course, these products are always complemented by the incomparable content of fine incense cones. “It smells as good as it always did” our customers assure us. 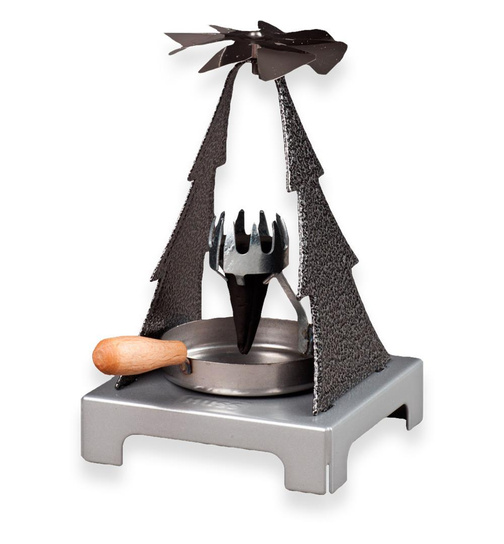 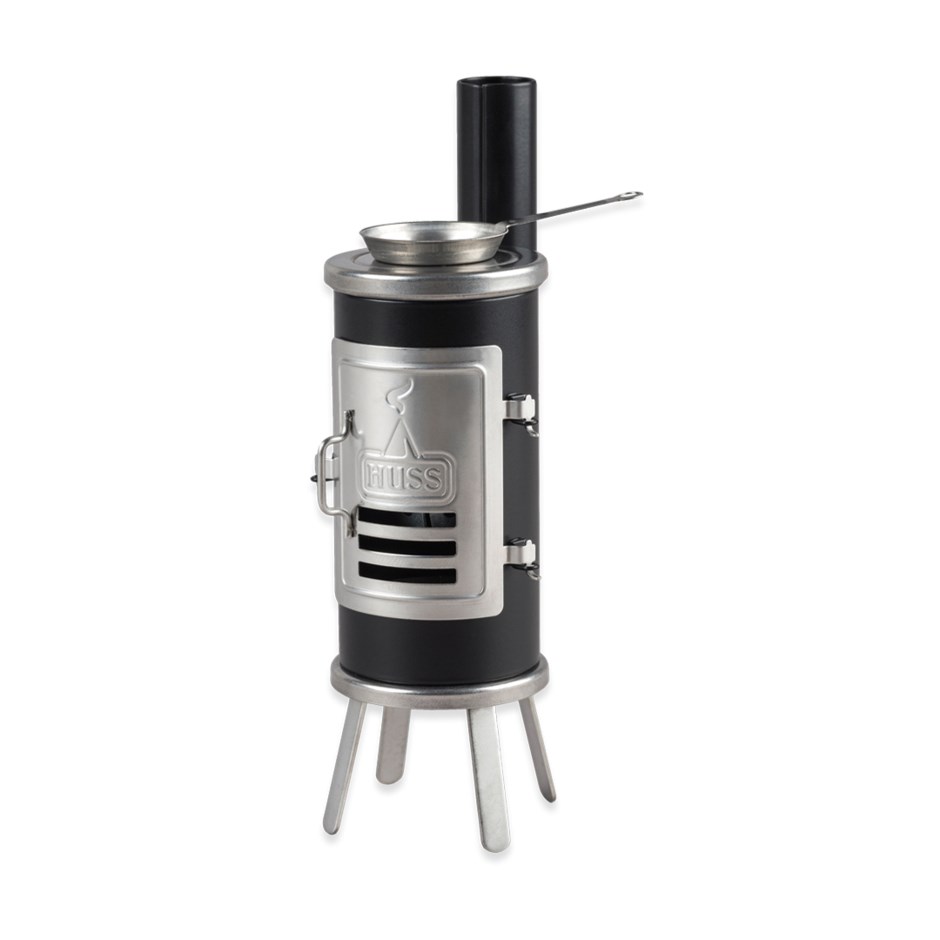 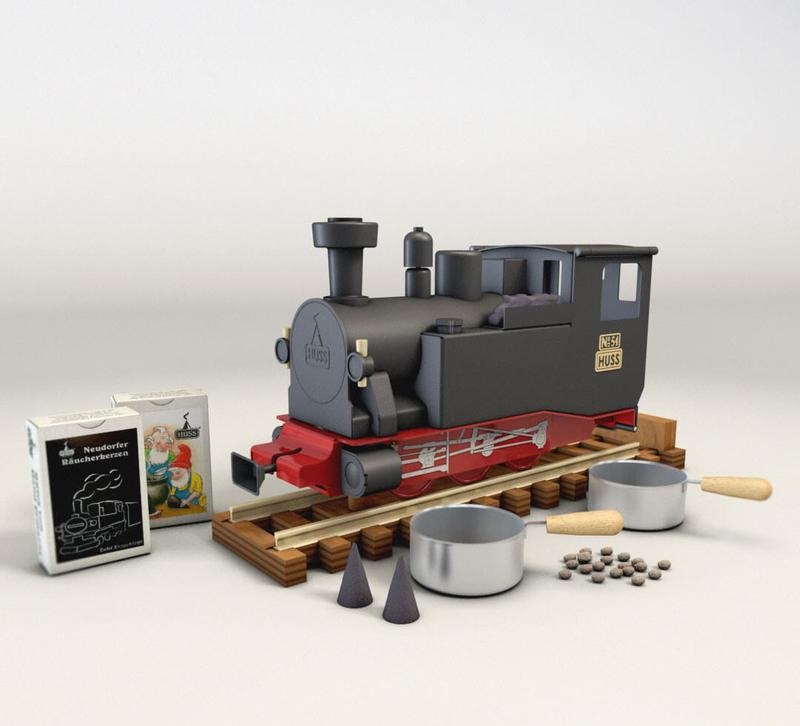 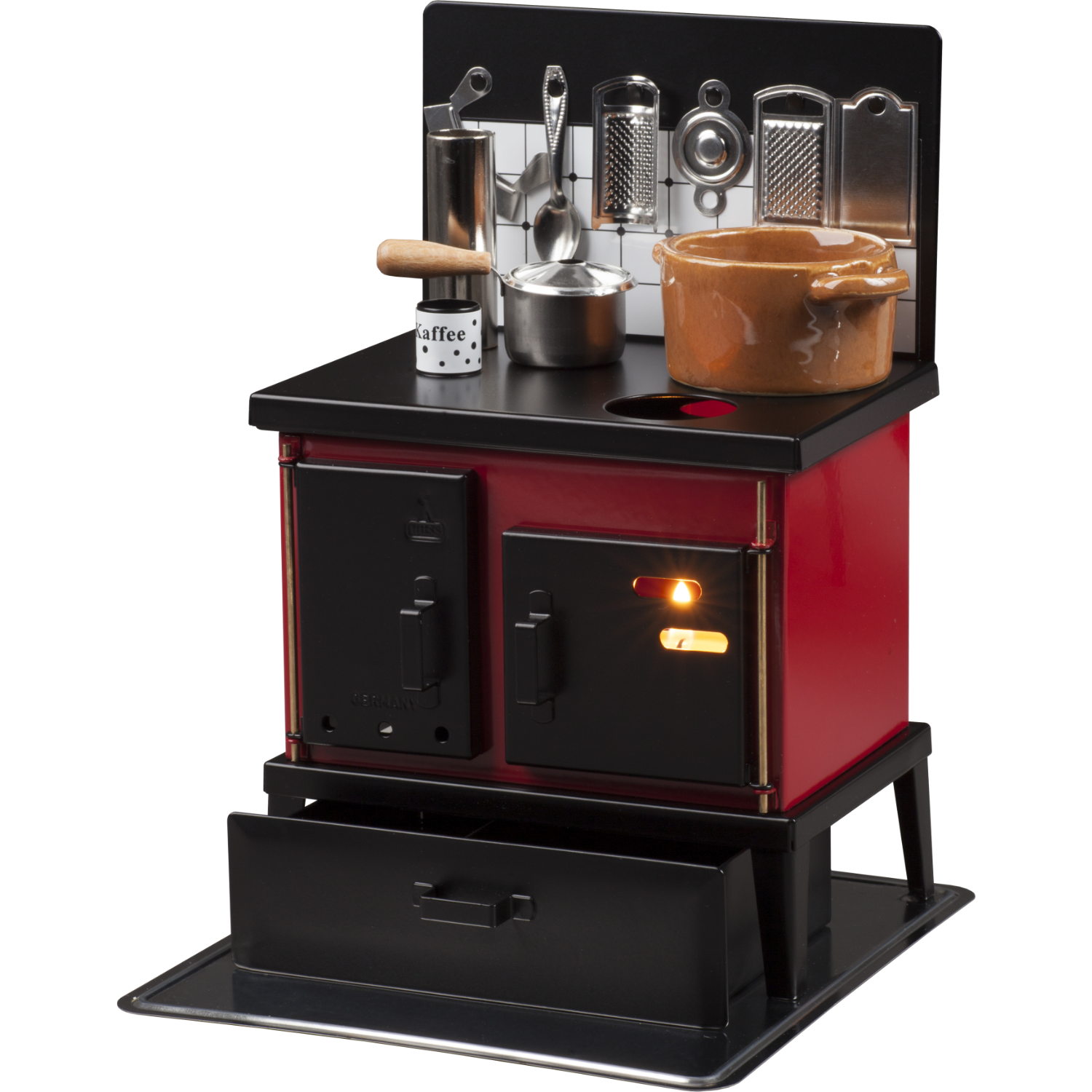 Seiffener Volkskunst eG was founded in 1958. Since that time, we have been producing original Erzgebirge wooden art products in our manufactory. Our classics include nutcrackers, incense figures, light figures, pyramids, and chip trees in exclusive quality. We continuously develop new products and ranges.

We combine traditional craftsmanship with new design. In collaboration with designers, collections such as “Smart things from the Ore Mountains – the funny ball incense smokers”, the smoker series “The Tall Ones” and “Traditional Gnomes” were developed. Some products from this collection have received awards in design competitions.

With a lot of commitment and attention to detail, our artisans ensure the highest product quality of our original Ore Mountain wooden art products. The preservation of traditional handicraft techniques is just as important to us as the promotion of our unique region, the Ore Mountains. 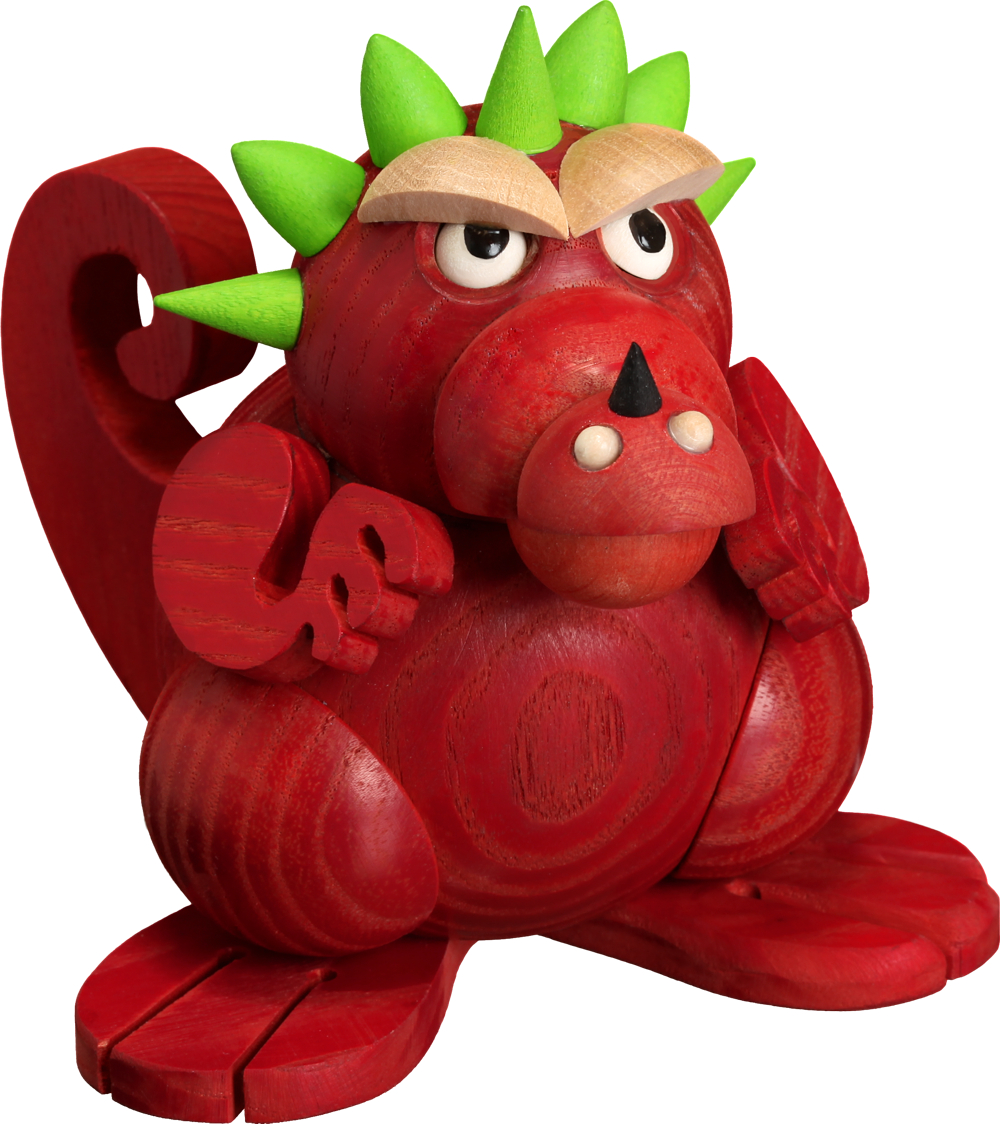 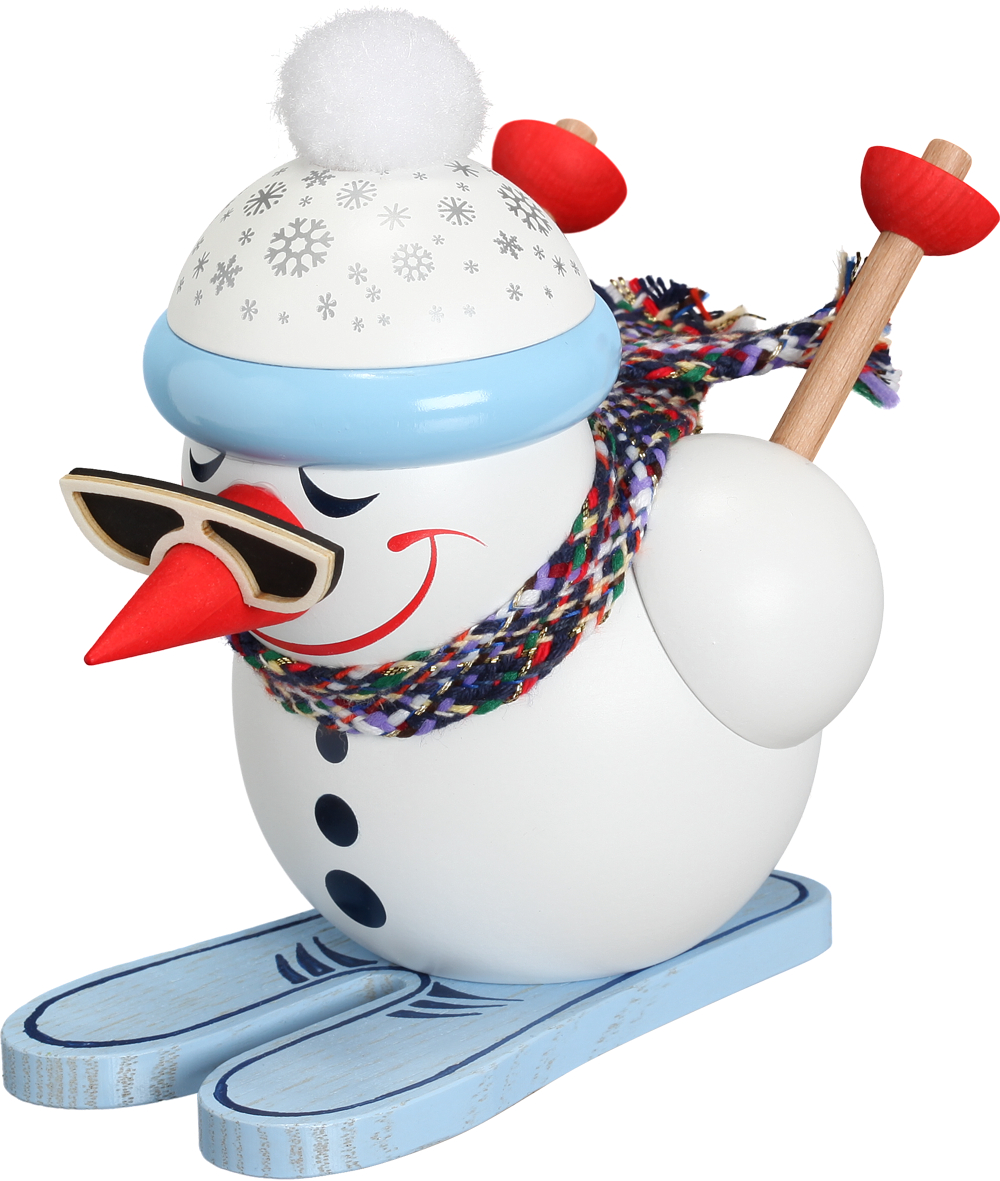 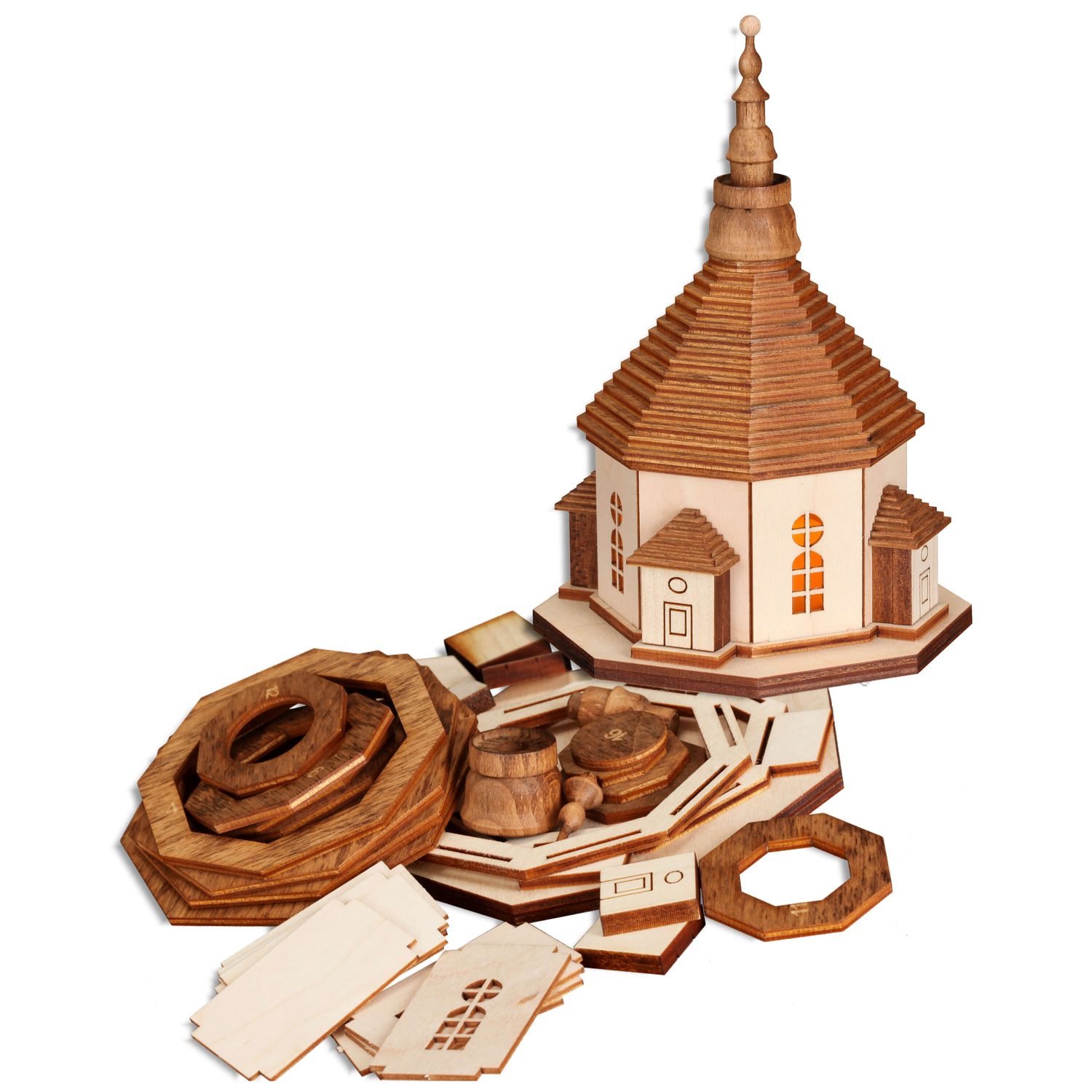